Savor the “fish of the gods” in Shiretoko, home to diverse ecosystems

The Shiretoko Peninsula is a Natural World Heritage site that includes the waters up to around 3 km offshore. Since ancient times, the people who have lived their lives here in harmony with the rich ecosystems have eaten the plentiful seafood fished along Shiretoko coast, and these habits live on today in the form of local cuisine. 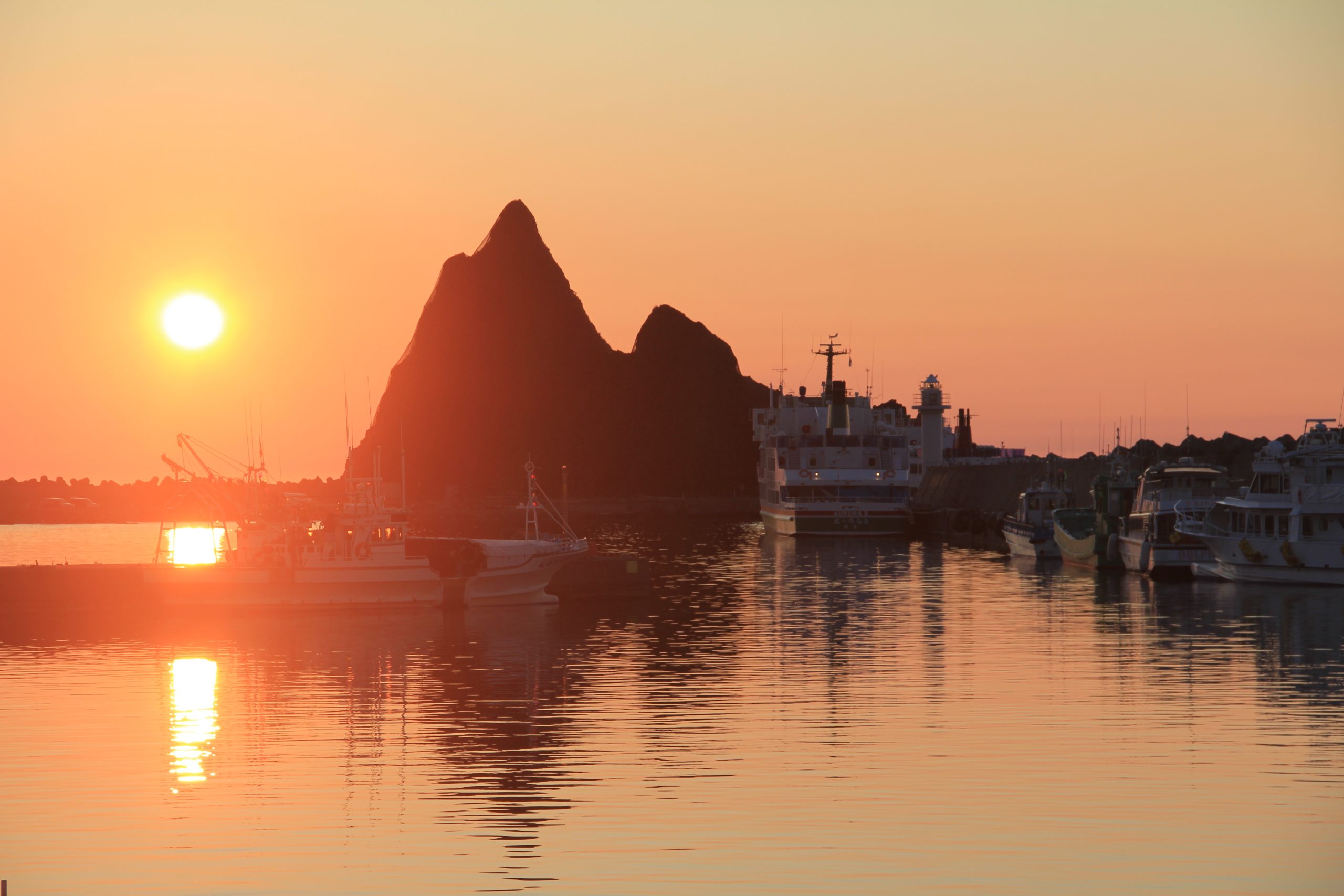 Here in Shiretoko, one of the dishes that characterizes the local cuisine is a salmon dish known as chan chan yaki.

The Ainu, an indigenous people who inhabit Shiretoko and the greater Hokkaido area, call salmon “fish of the gods” (kamuy-cep in the Ainu language), and hold ceremonies each fall to welcome these fish.

Salmon born in the clear waters of Shiretoko’s streams spend three or four years migrating to the distant Bering Sea or the Gulf of Alaska before returning to their birthplace in Shiretoko’s rivers to spawn.

Between September and November each year, salmon that have made their way back to the upper reaches of Shiretoko’s rivers to spawn, lay their eggs and then quietly take their last breaths. These fish become food for species such as the white-tailed eagle, Ezo red fox, and raccoon dogs, thereby supporting the diverse ecosystems in Shiretoko. Chan chan yaki is a dish made by grilling salmon on a hot plate along with vegetables such as cabbage, onion, and scallions, and flavoring it with miso paste. It is said to have been created by Hokkaido’s fishermen, and for the men who spent their days on the sea, chan chan yaki was a treat that was easily prepared, highly nutritious, and would rejuvenate them after a long day’s fishing.

We talked to Yuji Fujita, the owner of Marumiya Omiya Shoten Ezogashima, a restaurant in Shiretoko.

Fujita: Back when I was a boy, many decades ago now, my family often cooked and ate chan chan yaki. Since this village is full of fishermen, it wasn’t unusual to be given a whole salmon as part of the normal give and take amongst neighbors. But recently, even here in Shiretoko, it’s become easier to get a range of different ingredients, and I have the sense that local traditions are weakening little by little compared with the past.

Marumiya Omiya Shoten offers a culinary creation known as Shiretoko cep man, a steamed bun filled with chan chan yaki, which they say is a means of ensuring that this dish is passed on to the current generation. Fujita: Where possible, I try to keep the flavor of the chan chan yaki filling as authentic as possible. I use minimal seasoning to highlight the true flavor of the salmon and vegetables, and make sure people can experience the traditional local taste.

Many people who live outside of Hokkaido aren’t even aware that there is such a dish as chan chan yaki. I’m also hoping to keep the appeal of chan chan yaki alive by generating interest in it as a new dish.

Salmon, which was worshipped by the Ainu people as the “fish of the gods” and as a gift from these divine beings was highly valued and consumed with care, is also known as a waste-free fish. In addition to eating the fillets, the Ainu know how to cook the head, intestines, and bones to make them delicious, and they also made clothes, shoes, and other items from the skin.

Of all the gifts salmon provide, one that delights the tastebuds of many is salmon roe, known as ikura in Japanese. The ikura rice bowl (ikura don) featuring salmon roe marinated in soy sauce atop a bed of steaming rice is a Japanese dish loved not only in Hokkaido but throughout Japan. However, whereas in urban areas, ikura don is considered a luxury, in Shiretoko it can be enjoyed relatively cheaply as a local dish, and is therefore one of the area’s attractions for visitors. Every household in Shiretoko has a strongly rooted tradition of making their own ikura marinated in soy sauce. Sayuri Hamada who operates Rausu Maruuo Hamada Shoten, a seafood processing company and wholesaler in Rausu Town, is one such person who makes soy-sauce marinated ikura each year.

Hamada: When fall rolls around, families in Shiretoko obtain salmon from local fishermen and marinate the ikura in soy sauce—it’s just what everyone does. Each family uses a different recipe with varying amounts of condiments such as soy sauce and mirin (sweetened sake), but the salmon roe marinated at home always has a natural flavor that differs from store bought options. You’ll find home-made ikura on offer at some guest houses or inns.

In Shiretoko, our culture of processing and storing marine products is ingrained in each family and sees us drying fish such as Okhotsk atka mackerel and Sohachi flatfish as well as marinating ikura. We hope to pass this tradition on to the next generation as part of the food culture of Shiretoko.

What are the elusive grape shrimp concealed in the deep waters of Shiretoko?

In Shiretoko’s waters you’ll find a wide range of fish and shellfish in addition to salmon. The fishing village of Rausu on the east side of the peninsula yields a particularly bountiful haul of these marine products.

To experience a wide variety of fish and shellfish through the medium of food try the kaisen-don that is offered at Shiretoko Rausu Hamada Shoten and other restaurants in the area.

Kaisen-don refers to a dish featuring a bowl of rice topped with generous helpings of plump sashimi such as crab, salmon roe, Japanese amberjack, scallops, sea urchin, and salmon. Nurtured in Shiretoko’s oceans, the seafood here is delicious, and apparently Japanese visitors commonly express astonishment over how much fresher the sashimi is here than in the cities. Hamada: The Nemuro Strait which lies between Rausu Town and Kunashir Island has a complex seabed landform that suddenly drops away to a water depth of 2,400 meters, creating an environment that supports various kinds of marine life. Also, the currents in the Nemuro Strait flow at high speed, meaning fish caught here have a firm texture.

In recent years, something that has experienced a sudden surge in popularity in Shiretoko is grape shrimp. According to Hamada, it is not unusual for visitors to make a special trip to Shiretoko to eat these shrimp. Hamada: As hinted by the name, these shrimp are a vivid purple color, and have a greater depth of sweetness even than the botan shrimp. However, to prevent overfishing, there is only one person in Rausu Town with a fishing license for these grape shrimp.

Their habitat in the Nemuro Strait is a spot with a water depth of around 400–500 meters, and I’m told that a one-way journey takes six hours from the port. Because it’s so incredibly rare it’s known as the “phantom shrimp.”

Shiretoko cuisine offers us the chance to enjoy salmon and a wide variety of other seafood at an exceptional level of freshness. The people who live in this area have, since the dawn of time, lived in harmony with the surrounding ocean and gradually built on their knowledge of how to appreciate its gifts.

Our own lives are just one part of nature’s cycle. What becomes visible through the lens of the culinary lifestyles of Shiretoko’s inhabitants is a picture of humanity nourished by the natural world.

Back to Shiretoko Page